DJI Inspire 1 – Is this the Best Quadcopter Yet? 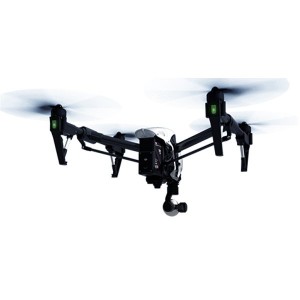 DJI has once again shaken up the drone and quadcopter world with a real game changer – the DJI Inspire 1. That might sound like a platitude or just a sales pitch, but it’s true; one look at this drone and you can see that things have changed.

Not only has DJI completely redesigned the look of quadcopters, they have also invested time and energy into increasing the usability, particularly for people new to the game. In addition, there are a load of new features that have not been available before. This is one area that DJI has lagged in before — we’ve seen a number of ‘new’ quadcopters that really were just a sort of greatest hits collections of previous iterations. With the Inspire 1 DJI really has taken some great steps forward and set the bar very high for competitors.

Let’s start with the most obvious update – the look and design. As you can see, the Inspire 1 was designed to drop the trademark white color and soft lines of the Phantom and instead they have come out with an entirely new design that is right off the set of a sci-fi film. We think that ‘s a good thing. And the design isn’t just looks – it’s also part of the fun. When the Inspire 1 takes off the legs fold up underneath, which is pretty amazing. This is not only a cool, eye-popping feature, but also allows for uninhibited 360 degree video. We’ll get to that in a bit. Of course the legs also unfold when landing, which is just as cool to see as when it takes off. Take a look at this video to see for yourself.

As you can see, this drone is far better than smaller drones like the AR Parrot, and yet it’s still a lot of fun. But before we crown this as the best quadcopter with a camera, let’s take a look at the features.

As we mentioned before, the Inspire 1 has some considerable upgrades. First up is the camera and gimbal system. Sporting an amazing 12 megapixel 4K camera with a 1/2 inch CMOS sensor, this quadcopter camera produces amazing photos with less distortion or clipping than any other. In fact the video produced can be up to 30 FPS, and with a 94 degree wide angle lens you can really get the best shots and video of any subject. Also, as we mentioned before, with the folding legs comes the ability to shoot video in 360 degrees. This is due to the rotating gimbal, something that we have seen on other drones but never to this quality. In this area the Inspire 1 really out shines other quadcopters. With this kind of quality, I’m sure you can find some inspiration to get out there and start shooting.

In addition to upgrading the camera, DJI has used new materials in construction of the body. This new construction is lighter than before, yet still durable. What this means is that battery life is extended without adding a bulkier battery. Therefore, you still get the responsiveness and nimbleness when flying that the Phantom series is known for.

One feature that has made the DJI Phantom 2 so popular has been its ease of use; it’s been known as probably the easiest drone to get started with while still offering a range of features to make it. The Inspire 1 continues that tradition. In fact, despite it’s futuristic looks, the Inspire 1 is just as easy to start flying as any other DJI quadcopter. We would even go a step further and say that this drone could be easier to fly because of it’s more aerodynamic design – it’s not just for looks, that sleek frame allows the Inspire 1 to move through the air with less resistance than previous designs.

Last but not least, DJI introduces an innovative new control system. The Inspire 1 has the option of being controlled via two controllers. With dual controllers enabled, one person can pilot the drone while the second person can operate the camera, controlling where it is pointed. Of course, this can also be done with just one controller as well, but hey, two is more fun, right?

With forward thinking design, a powerful camera and 22nd Century styling, the Inspire 1 truly looks to not only shake up the drone game but also change it. 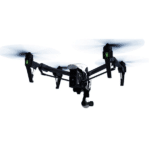